March 20, 2021 | Comments Off on Shiven Aggarwal and the Hydra Patrol Plant Alyssum Seeds at Fertile Groundworks
Categories: Conservation and News.

Patrol Leader Shiven Aggarwal led the Hydra Patrol on a conservation outing at Fertile Groundworks, a non-profit organization focused on sustainable and organic methods of gardening and food production. Ms. Brenda Kusler, the Executive Director there, had planned their conservation project, which involved putting Alyssum seeds, mixed with soil, onto a dirt bed. These seeds were selected as they attract beneficial insects, such as syrphid flies, which kill a pest called aphids.

The seeds were laid out in the middle column with a one foot distance on both sides, as they needed space to germinate and grow. Next, the mulch (an assortment of decaying leaves and bark) was laid as a thick layer on these seeds to keep the moisture in for them to germinate and also to keep any birds away from the seeds because they could eat them. Overall, the outing went great and, according to Shiven, the Hydra scouts participated with lots of energy! 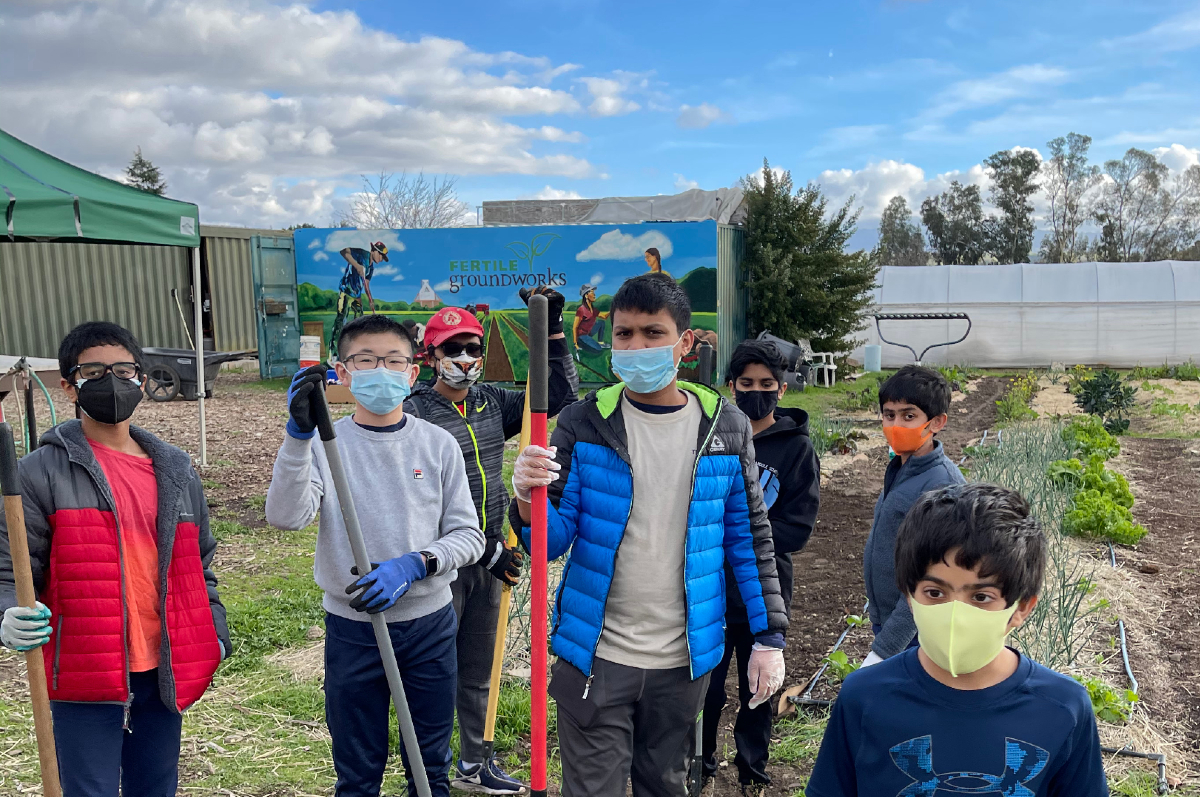