Saahil Manekar led a group of scouts to clear and clean up trails at Wagner Ranch Conservation Area in Orinda, CA. Many trails and pathways at the site were obstructed by branches and were not easy to walk through. To fix this issue, scouts cut overhanging branches from trees to clear up the paths. Paths all around the area were covered by overhanging bushes as well, which were also trimmed. Many different tools including saws and shears were used to trim plants. 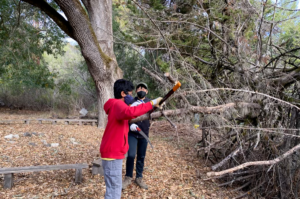 The week before the project, there was a lot of rain all over the bay area. This led to water carrying the material a path was made with and depositing it in a different location. This trail was damaged, and things like strollers and wheelchairs could no longer use it. Luckily, this conversation project was right in time, and added an extra thing to fix. With the hard work of the scouts at the conservation project, they were able to restore parts of the pathway. 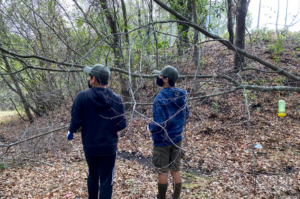 Overall, this conservation project was a huge success. Even with more work than expected, the scouts were able to restore multiple paths. The project was fun and engaging for all scouts that attended. 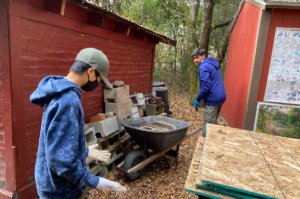